Crystal loves to run and has recently lost an incredible 25kg! Brisbane based Crystal began running nine years ago and began to love the positive effects it had on her mental health.

“I used to be too embarrassed to run outside, so I bought a treadmill and taught myself to run indoors before eventually running outdoors. I love pushing myself to new limits.”

“My biggest fitness achievement to date is that I finally ran a marathon! It had been a goal of mine for years, and I’m so proud I’ve finally done it!

Last month, my official marathon event was cancelled. I was shattered, but I decided that I wasn’t going to let all that hard training go to waste, so I ran my own marathon instead. It was hard! But I got it done.

There are no words to describe the euphoria of finally reaching that goal.”

“My biggest fitness achievement to date is that I finally ran a marathon! It had been a goal of mine for years.” 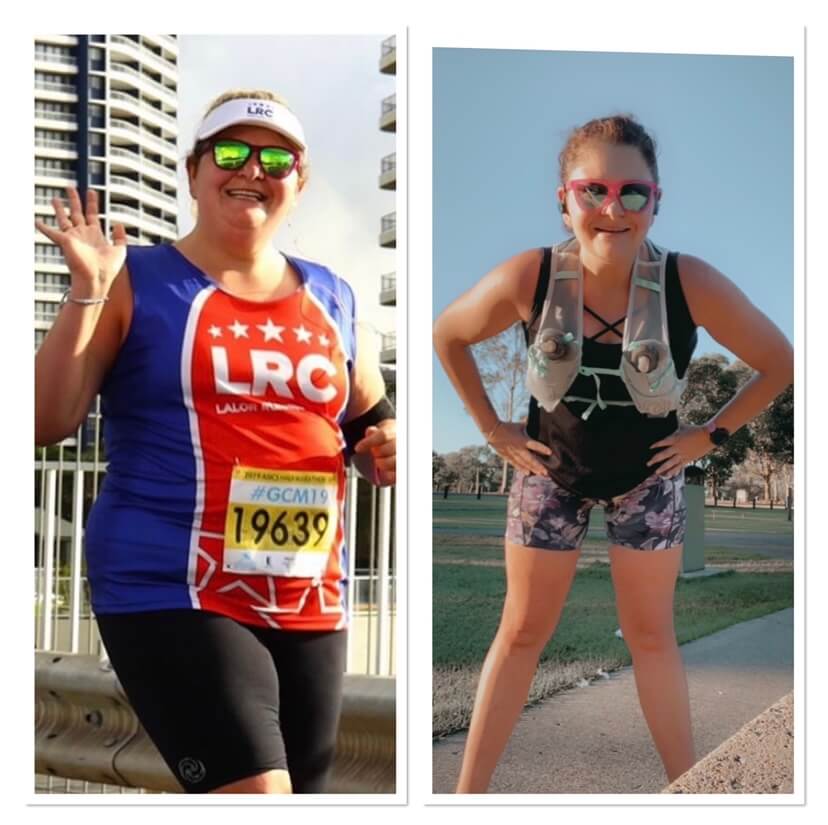 One of Crystal’s upcoming goals is to run an ultramathon, because, in her words, why stop at a marathon?

This year alone, she is planning to run the 50km Blackall event in Mapleton, as well as the fisiocrem GC50 Run Festival on the Gold Coast in Queensland.

“My partner Kylie is my biggest support. She supports me with all the crazy events I sign up to, even if she’s slightly worried about the bigger distances. She’s always at the finish line of my events cheering me on. It definitely makes the finish line that much sweeter.”

“If I’m finding my legs particularly sore after a long run, I have a hot shower and massage my legs.”