As a young person, fisiocrem Sponsored Athlete Jenna Marcer suffered from repeat illness, and was diagnosed with M.E., or Chronic Fatigue Syndrome, in her late teens. A few years later, she was involved in a car accident which left her with a back injury that took her over three years to fully recover from. After being dealt an unfortunate hand for multiple years and having lost the ability to do many things, Jenna decided she wanted to make the most of what she could do.

“I lived by a park where parkrun was every Saturday. Looking out the window one morning, I said, ‘That’s it, I’m going to get involved.’ I joined the local running club and that is where my journey began.”

Since joining her local parkrun, Jenna believes her biggest achievement has been taking part in the Virtual Virgin London Marathon in 2020. Like many Aussies at the time, she was in Covid-19 lockdown in Melbourne, making the most of her two-hour exercise limit. To achieve this feat, she had to complete half of the marathon around her local creek, and the other half around her back garden.

The event itself became a Guinness World Record for the most users to complete a remote marathon in 24 hours. Jenna was overjoyed to receive her well-deserved certificate of participation.

“I was in lockdown in Melbourne with a two-hour exercise limit. I had to complete half around my local creek and the second half in my back garden.” 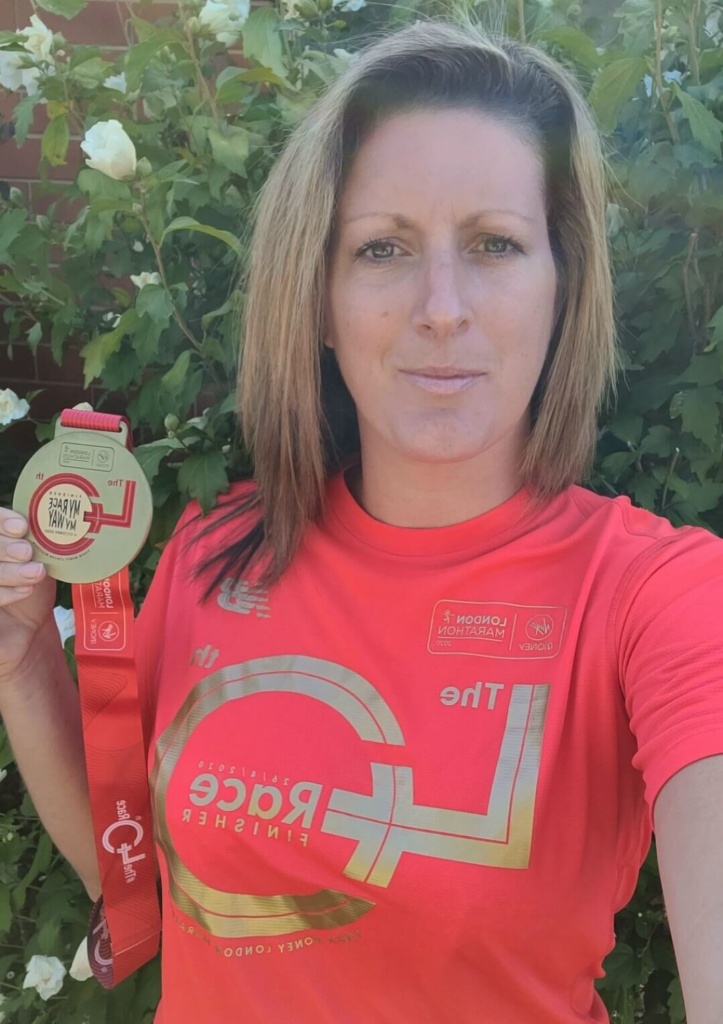 “As a recreational running coach for Point Cook Runners, Covid-19 has meant I’ve had to adapt to remote coaching, which has been something I’ve had to find my own way through.”

Without being able to support her running clients in person, Jenna’s focus has switched to keeping active, positive and inspiring for her community.

“My top tip for recovery is that it begins the second we finish, with a cool down. This is something so many miss. I love stretching out, having a shower and using my favourite pain relief gel to help my muscles feel relaxed, revitalised and reduce any delayed onset muscle soreness.”