Throughout his life Kel has always loved fitness and sport, having taken part in Rugby League, Cricket, Rugby Union, Tennis and Squash. It wasn’t until just 2014 that Kel completed his first Half Marathon, and has since gone on to complete seven marathons, seven half marathons, 122 parkruns and a variety of other events.

Although he has excelled at multipe sports, Kel continues to love running. “At the moment I still love running marathons and feel that I have unfinished business with the distance.”

Kel’s training schedule consists of 5 to 6 sessions per week. Tuesdays and Thursdays are speed training days, Saturdays are spent at Parkruns, and Sundays are set aside for long runs.

Covid-19 has challenged Kel this year, as it has many athletes from all over Australia. With several events either cancelled or postponed in Sydney and Melbourne, Kel found himself in uncertainty and unsure which goals to work towards.

“I was lucky that I was still coaching at the time and a lot of my training was alongside my athletes which meant I was still getting sessions done, otherwise I really think that I might not have been doing much training at all…Now as the weather is improving and I am no longer heading out in the dark to train, it is getting easier and I am averaging 40 – 60km training weeks.”

For me, my biggest achievement was running in the 2018 TCS New York marathon. 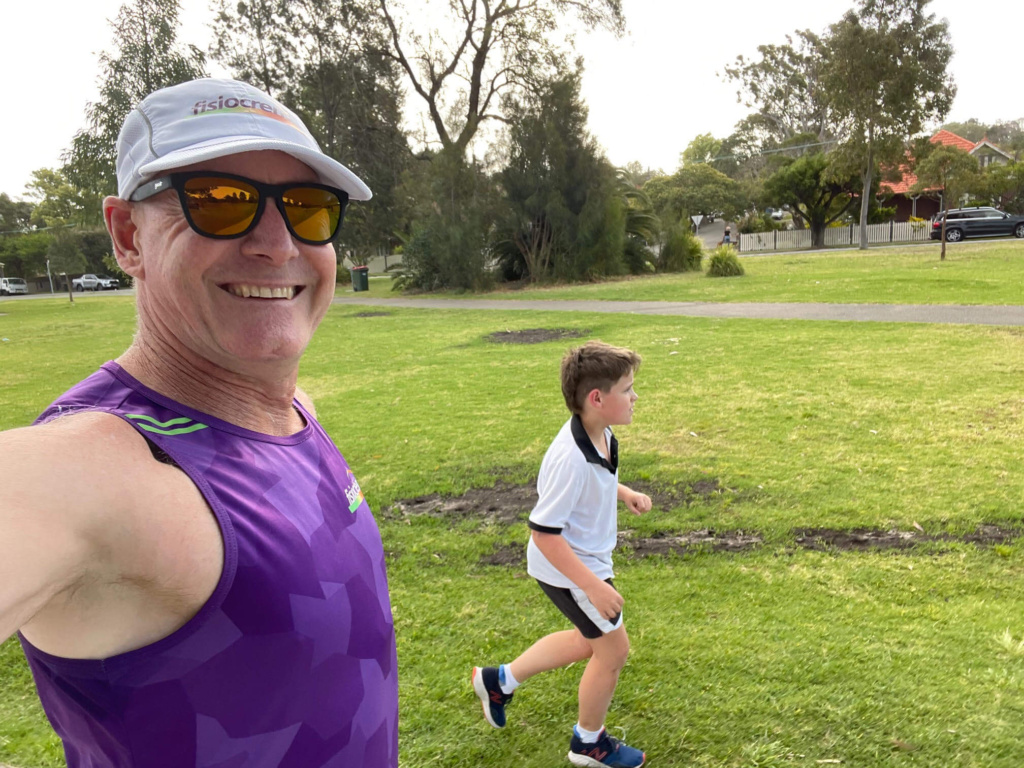 Kel’s upcoming goal is to run a Boston Marathon Qualifying time, and to complete all six world major marathons. To achieve this, he is working on consistent training and working on his speed pace.

“I am not really limiting myself to a specific timeframe but I am hoping that next year I will be able to smash my marathon PB that currently stands at 4:54:58.”

Kel says that his motivation comes from a number of people including his partner, as well as the 2020 Olympic Marathon champion Eliud Kipchoge, David Goggins, Brad Beer and his podcast The Physical Performance Show.

“I have amazing support through parkrun Australia and businesses like fisiocrem, Bindi Nutrition, Revvies Energy Strips and Pogo Physio.”

“What happens in your body during recovery is vital for keeping yourself in the best possible health. If you want to make sure that your body is strong and you can perform at the highest level possible when you engage in athletic competition and training, do what you can to facilitate recovery in your body during your downtime.

For me personally I always try my best to get a minimum of eight hours of good quality sleep. I know that this makes a huge difference for when I turn up at training as to how beneficial the session will be.”