Meet Mel Reber, single mother of two on a journey for a healthier and happier life.  Mel, a fisiocrem sponsored athlete, discovered the love of running and lost 50kg!

She started with a healthy eating plan and walking 1-2 km a day, increasing the distance slowly.  A month later Mel participated in her first parkrun and joined a gym.  Six months later she completed her first 10 km event.

“I couldn’t believe it when I finished and was a ‘runner’ considering where I had been just 6 months earlier.”

At the start of 2019 Mel completed her first half marathon and by the end of the year she had discovered trail running was her passion and completed Blackall 100 50k ultramarathon in Queensland.

“I just believed in myself and never gave up” 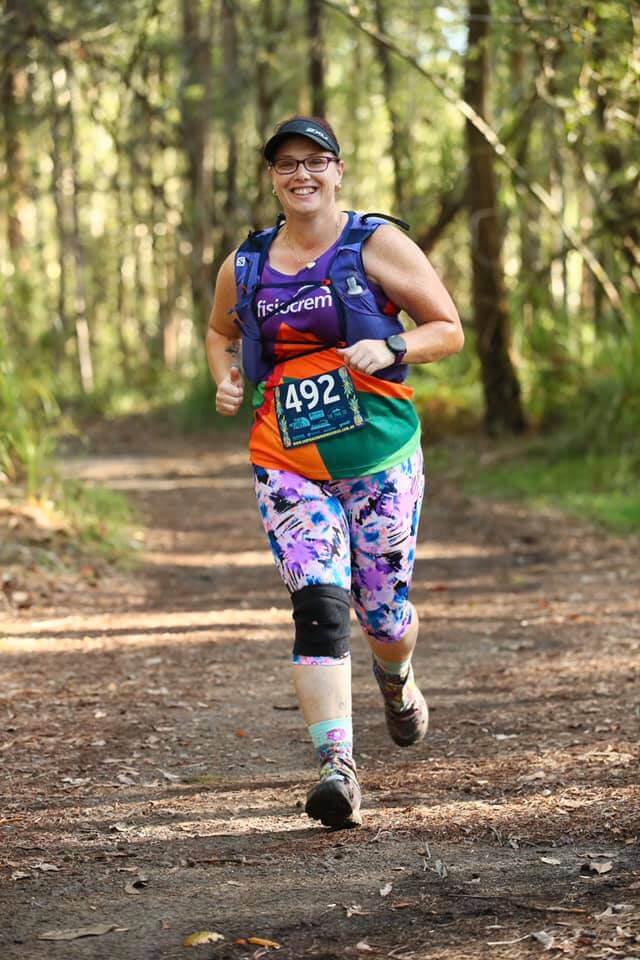 When asked about what motivates her, Mel says “My kids are ultimately my motivation, they drive me to be a better version of myself. I want to show them that being active should be a natural part of life.”

“I also have so many people surrounding me who are constantly kicking goals and making me want to push harder to achieve mine.  I have an amazing tribe supporting me.”

“2022 is starting off slow and steady due to my recovery from surgery.  So the year is all about getting stronger and fitter and working up to my big goal of tackling the Sunshine Coast half marathon in August and chasing my PB set in 2019.

“My biggest tip is regular stretching! Also, listen to your body, apply fisiocrem and have rest days.”